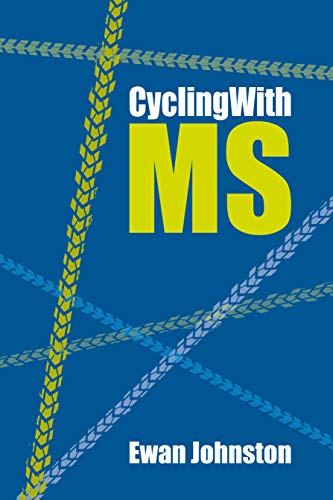 On 18th February 2015, I was hit head-on by a car as I cycled to work. It hurt. My bike was obliterated, but I was lucky. I had been knocked unconscious and needed 44 stitches in various facial wounds – but I had only broken a single tooth and an index finger. However, my recovery proved stuttering. I was convinced that I must have damaged my back as I kept getting odd sensory distortions down my legs and unremitting pins and needles in my feet. I was beset by an exhaustion and lethargy that I felt was out of keeping with my injuries. Ultimately my GP advised me to report to A&E.
48 hours later the neurologist registrar at Southmeads Hospital was explaining to me that that I was suffering from Multiple Sclerosis.
A game changer.

I’m not a writer.
I’m not even a cyclist. Not a professional one anyway.
But since this diagnosis, I’ve undergone two bouts of immune-modifying chemotherapy… and have cycled over 45,000 miles...
It’s been quite a journey.
To try to organise my own thoughts during this remarkable time, I started to write a diarised blog entitled “CyclingWithMS”. I found this exercise enormously therapeutic – and was hugely buoyed by the messages of support that it elicited.
As my blog grew and grew, it became harder for readers to find a coherent story so, this year, whilst I was laid low by ill health, I spent my bedbound time transforming my various diary extracts into a single book.
And here it is.
I feel that this now best-represent the trials, tribulations, and joys, of a life with MS.
I hope that they provide you with an entertaining read.