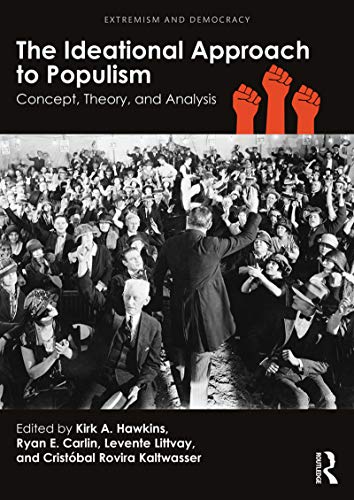 Populism is on the rise in Europe and the Americas. Scholars increasingly understand populist forces in terms of their ideas or discourse, one that envisions a cosmic struggle between the will of the common people and a conspiring elite. In this volume, we advance populism scholarship by proposing a causal theory and methodological guidelines – a research program – based on this ideational approach. This program argues that populism exists as a set of widespread attitudes among ordinary citizens, and that these attitudes lie dormant until activated by weak democratic governance and policy failure. It offers methodological guidelines for scholars seeking to measure populist ideas and test their effects. And, to ground the program empirically, it tests this theory at multiple levels of analysis using original data on populist discourse across European and US party systems; case studies of populist forces in Europe, Latin America, and the US; survey data from Europe and Latin America; and experiments in Chile, the US, and the UK. The result is a truly systematic, comparative approach that helps answer questions about the causes and effects of populism.