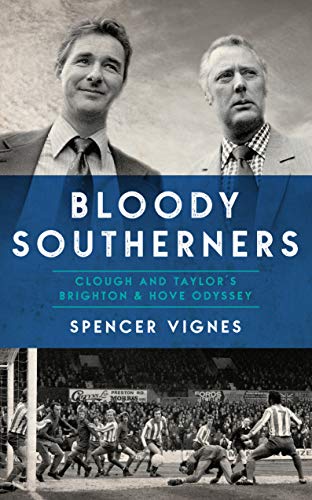 In 1973, Brian Clough and Peter Taylor stunned the football world by taking charge of Brighton & Hove Albion, a sleepy backwater club that had rarely done anything in its 72-year existence to trouble the headline writers. The move made no sense. Clough was managerial gold dust, having led Derby County to the Football League title and the semi-finals of the European Cup. He and his sidekick Peter Taylor could have gone anywhere. Instead they chose Brighton, sixth bottom of the old Third Division.

Featuring never-before-told stories from the players who were there, Bloody Southerners lifts the lid for the first time on what remains the strangest managerial appointment in post-war English football, one that would push Clough and Taylor’s friendship and close working relationship to breaking point.