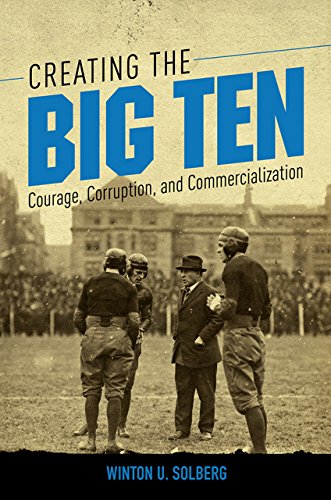 Big Ten football fans pack gridiron cathedrals that hold up to 100,000 spectators. The conference's fourteen member schools share a broadcast network and a 2016 media deal worth $2.64 billion. This cultural and financial colossus grew out of a modest 1895 meeting that focused on football's brutality and encroaching professionalism in the game. Winton U. Solberg explores the relationship between higher education and collegiate football in the Big Ten's first fifty years. This formative era saw debates over eligibility and amateurism roil the sport. In particular, faculty concerned with academics clashed with coaches, university presidents, and others who played to win. Solberg follows the conference's successful early efforts to put the best interests of institutions and athletes first. Yet, as he shows, commercial concerns undid such work after World War I as sports increasingly eclipsed academics. By the 1940s, the Big Ten's impact on American sports was undeniable. It had shaped the development of intercollegiate athletics and college football nationwide while serving as a model for other athletic conferences.