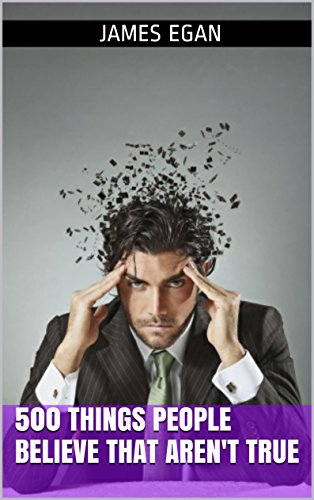 Purgatory is never mentioned in the Bible.
Most deserts aren't made of sand.
Pterodactyls weren't dinosaurs.
Genetically modified food existed since the Stone Age.
We have no idea what Ancient Egyptians looked like.
Women could vote since 1867.
Fast-Food chains have existed fro 1,900 years.
Cryogenics doesn't involve freezing people.
You can get appendicitis more than once.
Holland is not The Netherlands.
The Hanging Gardens of Babylon never existed.