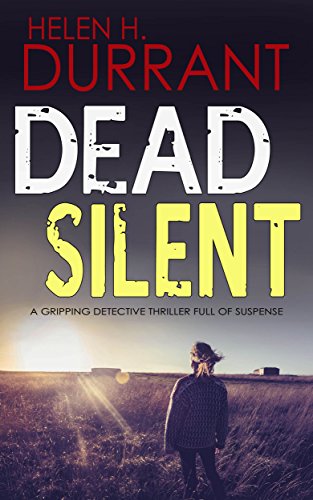 Female students are going missing but nobody’s noticed yet

“An outstanding police procedural that you won’t want to put down. Brilliant!” Chris Child

A body is found in a car crash, but the victim was already dead . . .
Police partners, D.I. Calladine and D.S. Ruth Bayliss race against time to catch a vicious serial killer. The first two victims are American university students and both have livestock tags fixed to their earlobes.

Who wanted them dead and what’s the connection? The detectives piece together the forensic evidence and track down the witnesses, to reach a shocking conclusion.

If you like Angela Marsons, Rachel Abbott, Mel Sherratt, Ruth Rendell, or Mark Billingham you will be gripped by this exciting new crime fiction writer.

Tom Calladine is a single, fifty-one-year-old detective inspector who is devoted to his job. His personal life, however, is not so successful. Having been married and divorced before the age of twenty-one has set a pattern that he finds difficult to escape.

Ruth Bayliss is in her mid-thirties, plain-speaking but loyal. She wishes she had more time for the gym and a love life. She uses her demanding workload as an excuse not to try too hard with the men she meets. Her hobby is birdwatching.

The series is set in the fictional village of Leesdon on the outskirts of an industrial northern English city. There is little work and a lot of crime. The bane of Calladine’s life is the Hobfield housing estate, breeding ground to all that is wrong with the area that he calls home.

DEAD WRONG, book one featuring Detectives Bayliss and Calladine is available now!
"A bag of severed fingers is found in the playground by a rough housing estate."

DEAD LIST the third Calladine and Bayliss book
"A serial killer with a bucket list of victims . . ."