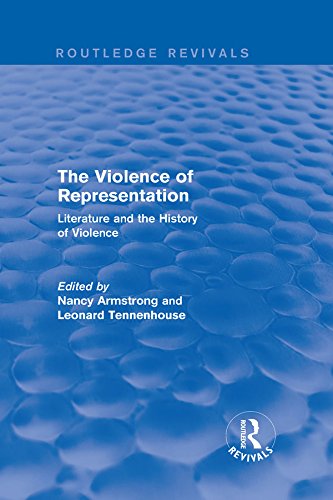 The Violence of Representation (Routledge Revivals): Literature and the History of Violence

Titulo del libro: The Violence of Representation (Routledge Revivals): Literature and the History of Violence

The Violence of Representation (Routledge Revivals): Literature and the History of Violence

First published in 1989, this collection of essays brings into focus the history of a specific form of violence – that of representation. The contributors identify representations of self and other that empower a particular class, gender, nation, or race, constructing a history of the west as the history of changing modes of subjugation. The essays bring together a wide range of literary and historical work to show how writing became an increasingly important mode of domination during the modern period as ruling ideas became a form of violence in their own right. This reissue will be of particular value to literature students with an interest in the concept of violence, and the boundaries and capacity of discourse.