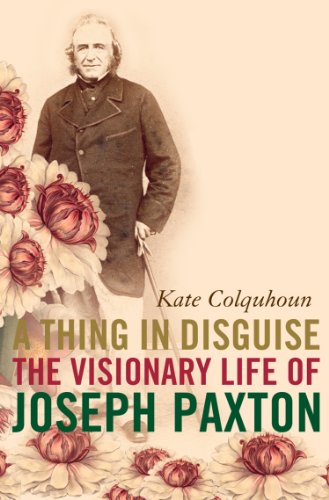 A biography of an unsung Victorian hero, Joseph Paxton was the man behind the garden design at Chatsworth and the Crystal Palace at the Great Exhibition of 1851.

The Victorians heralded a new era of creativity, a revolutionary fervour seizing all forms of design. Joseph Paxton was a leading light of this movement. Head Gardener at Chatsworth House by the age of twenty-three, encouraged by the sixth Duke of Devonshire he transformed the Derbyshire estate into the greatest garden in England. Queen Victoria came to marvel and with the development of the railway, so too did daytrippers from all over the country.

His design for the Crystal Palace sealed his reputation. By the time of his death, Paxton ‘the busiest man in England’ according to Charles Dickens, could count Brunel and Stevenson amongst his friends. Horticulturalist, designer, architect – Paxton was one of the most remarkable figures of his time.

The greatest age of art and industry is embodied in this compelling portrait of a Victorian hero.