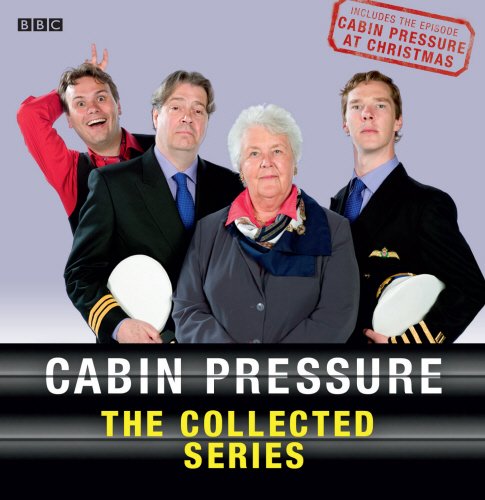 All three series of the award-winning Cabin Pressure - plus bonus Christmas episode! '...a diamond in radio's crown' Gillian Reynolds, Daily Telegraph Cabin Pressure is set in the wing and a prayer world of a tiny, one-plane charter airline; staffed by two pilots, one on his way down, and one who was never up to start with. Whether flying a cat to Abu Dhabi, dealing with a nervous bassoonist, hunting for a cleverly-hidden lemon or attempting to celebrate Christmas in seven minutes, no job is too small, but many, many jobs are too difficult. Carolyn Knapp-Shappey, MJN Air's formidable boss, has employed two of the very cheapest pilots money can buy: Captain Martin Crieff, who's always wanted to fly and won't let a little thing like lack of ability stop him, and First Officer Douglas Richardson, smooth-voiced old sky-god and eternal schemer. Passenger service is provided by the relentlessly cheery Arthur, proud inventor of both Surprising Rice and his own hat. Written by John Finnemore (John Finnemore's Souvenir Programme, The Now Show), Cabin Pressure stars Stephanie Cole as Carolyn, Benedict Cumberbatch as Martin, Roger Allam as Douglas, and John Finnemore as Arthur.