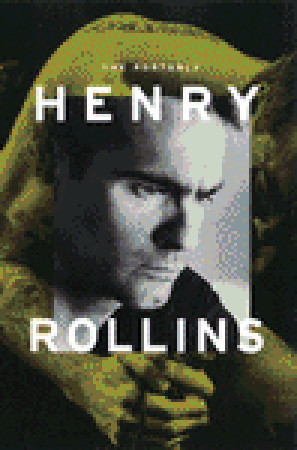 Henry Rollins is an artist whose legendary, no-holds-barred performances encompasses music, acting, and written and spoken word.  As Details magazine said when it named Rollins the 1994 Man of the Year: "through two decades of rage and discipline, Henry Rollins has transformed himself from an L.A. punk rocker into a universal soldier.  His enemies: slackers and hypocrites.  His mission: to steel your soul and rock your world."

Rollins was frontman for the seminal punk band Black Flag, and since 1987 has led the Rollins Band, whose ninth album, Come In and Burn, was just released by DreamWorks.

As a spoken-word artist, he regularly performs at colleges and theaters worldwide and has released eight spoken-word audiotapes.  His album Get in the Van won the Grammy for Best Spoken Word Album for 1995.  As an actor, he has appeared in The Chase, Johnny Mnemonic, Heat, and David Lynch's forthcoming film, Lost Highway.

From his days as front man for the band Black Flag and the current Rollins Band to his books and spoken-word audiotapes, Henry Rollins is the music, the attitude, and the voice that takes no prisoners.  In his twelve books, he has led us on a hallucinatory journey through the decades--and his mind--with poems, essays, short stories, diary entries, and rants that exist at "the frayed edges where reality ends and imagination begins" (Publishers Weekly).  For the first time, the best of his legendary, no-holds-barred writings are available.  This collection includes new photos and works from such seminal Rollins books as:

High Adventure in the Great Outdoors
Art to Choke Hearts
Bang!
Black Coffee Blues
Get in the Van
Do I Come Here Often?
Solipsist

Plus never before released stories and more...